The town of Bay de Verde is located in Conception Bay, Newfoundland & Labrador near the extreme end of the Bay de Verde Peninsula or what is known today as 'The Baccalieu Trail'.

Bay de Verde is the northernmost community in Conception Bay and has a base population of approximately 400 residents. The first recorded inhabitants at Bay de Verde arrived in 1662. Bay de Verde became an incorporated town in 1950.

The central part of our picturesque fishing village is nestled between two hills. On both sides, the low-lying area gently slopes towards the ocean. On the southwestern side is the harbour (called the 'foreside') where fishing boats are moored - away from the land and wharfs.

The other side of this low-lying area (called the 'backside') was once used for fishing stages (called fishing rooms) where boats were also moored away from the land. Due to its more treacherous rocks and steep slopes and its exposure to the raging sea and winds of the North Atlantic, the 'backside' has long been abandoned as an area for fishing rooms.

The Town of Bay de Verde has been approved to receive cellular boosters, providing coverage for all areas of the town. https://www.gov.nl.ca/releases/2021/iet/0113n07/

Office Hours Tuesday-Friday 10-3 Please call 587-2260 to set up an appointment . Due to COVID 19 restrictions only one customer at a time is permitted. Face mask are required. 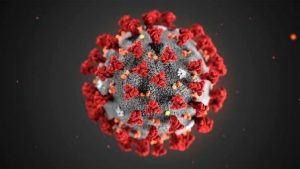 The town of Bay de Verde is taking steps to reduce the transmission of COVID 19 at all town facilities. Effective March 18, 2020, the town office will be closed to the public. If you require services from the Town Hall, please call 587-2260. Please leave a message. The town is asking everyone to stay up-to-date with the latest information being provided by the provincial government. Link: https://www.gov.nl.ca/covid-19/