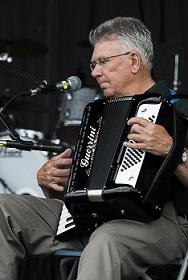 Ray Walsh was born in Bay de Verde in 1943 to Edward Walsh and Bridget Keyes. Ray has been playing traditional Newfoundland music all his life. He was a featured performer on CBC Television’s ‘All around the Circle’ from 1964 until 1975 and has been featured on many television and radio shows and has contributed to many recordings and concert tours for performers such as John White, Joan Morrissey, Kevin Collins and many more.

In 1995 he formed the Walsh Family Band with his brother Gerard, son Greg and daughter Michelle. In 2009 Ray was awarded the East Coast Music Association’s “Stompin Tom Connors Award”. In 2013 Ray was honoured for “Lifetime Achievement in Traditional Music” by the Newfoundland & Labrador Folk Arts Council. 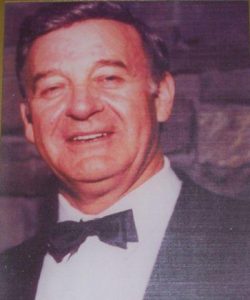 Patrick Quinlan was born in Red Head Cove on November 8, 1929 and passed away on December 15, 2017 at the age of 88. Pat was a self-made man who began his career in the trucking industry. He and his brother Maurice bought the O’Neil general store in the 1950’s and then started Quinlan Brothers Limited in 1954.

Pat was instrumental in the company becoming a world renowned seafood enterprise that has received recognition in the international marketplace. Pat had tremendous foresight into the fishery and it can be said he was a prophet in his own land. He received much recognition for his business endeavours, including the recent Turning the Tide Industry Lifetime Achievement Award. 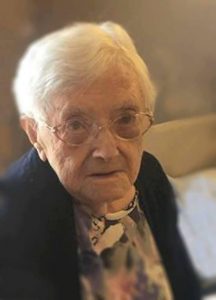 Julia (Doyle) Noonan was born at Bay de Verde, the fourth of seven children of Thomas Doyle and Ellen Walsh. Julia married Eugene Noonan on June 12, 1944 and had four sons. She celebrated her 100th birthday on May 7, 2018.

Caroline Riggs was born January 4, 1918 in Bay de Verde to Henry Thomas Riggs and Selina Norris. She had two brothers Jack and Leonard. Caroline moved to St. John’s in 1946 and in 1947 married Earl Hynes of Forest Road in the city and had a daughter and a son. 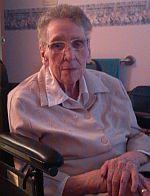 Theresa Woodrow was born on September 14, 1914 at Bay de Verde, the fourth of seven children of John Patrick Woodrow and Ellen Fleming. On July 14, 1940 Theresa was received into the Presentation Order in St. John’s and took the name Sister Monica Woodrow.

On January 9, 2015 just a few months after celebrating her 100th birthday she passed peacefully away at the Presentation Convent in St. John’s. 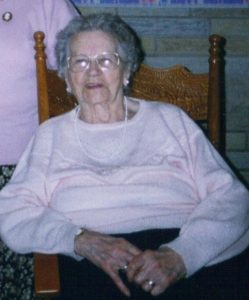 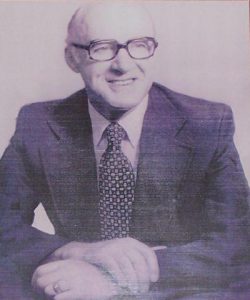 Maurice Quinlan was born at Red Head Cove and was one of the founding members of Quinlan Brothers Limited of Bay de Verde. He was inducted into the Hall of Fame of the Baccalieu Trail Board of Trade for his contribution to Industry and Commerce. 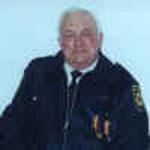 In March of 2001 – William E. Pryor received, posthumously, the Governor General’s Caring Canadian Award from Governor General Adrienne Clarkson. Billy was a longtime volunteer firefighter and served his fellow fishermen as member of the local fishermen’s committee for almost two decades. He was also involved in many church positions and committees. Billy loved to lend out his talents as a singer of traditional Newfoundland songs for fundraising events.

He passed away in January of 2001 at the age of 66 years just a few months before the award was announced. 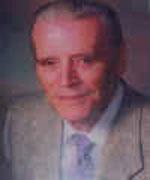 Paul O’Neill (who was born at Bay de Verde) was inducted into the Hall of Fame of the Baccalieu Board of Trade for his contribution to Education. Mr. O’Neill has been the recipient of many awards and has also received the Order of Canada as well as a Doctorate from Memorial University of Newfoundland and Labrador. 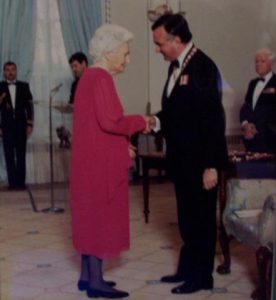 On April 18, 1990 Augusta Barter was invested with the Order of Canada at Rideau Hall in Ottawa by Governor General Ray Hnatyshyn for her long years of service as an outport nurse attending to the medical needs of the people in the Bay de Verde area.

Paul Emberley has been the recipient of a number of awards including the Governor General’s Caring Canadian Award and the Community Volunteer Services Award for his lifelong service to the community. 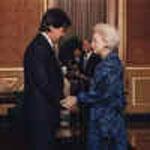 On June 10, 1988 – Andrew Doyle received the Medal of Bravery from Governor General Jeanne Sauve in Ottawa.

Andrew was instrumental in effecting the rescue of John LeGrow of the tugboat Taskall off St. John’s on October 10, 1984.

He also received the Commissioner’s Commendation from the Canadian Coast Guard as well as a plaque for bravery from the St. John’s local of the International Association of Machinists and Aerospace Workers. 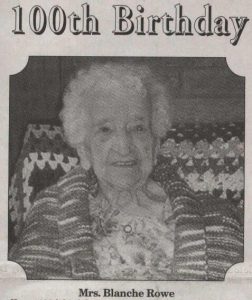 Mrs. Blanche (Blundon) Rowe, a resident of Carbonear celebrated her 100th birthday on June 15, 2005. She was born at Bay de Verde in 1905 to Stephen Blundon and Isabelle Way and was the sister of the late Harvey John Blundon.